Embattled singer, Barry Jhay has been acquitted of charges/allegations over his involvement in the death of his label Boss, Kashy Godson.

Recall that Barry Jhay was previously arrested by the Ghanian police over alleged involvement in the death of his label boss, Kashy Godson, due to the fracas that erupted between the duo before Kashyâ€™s death.

According to reports from the Ghanian police force, Kashy was said to have jumped down from the 4th floor of a hotel where they were lodged.

The police upon further investigations uncovered that this incident occurred 12 minutes after Barry Jhay left the premises.

CCTV footage and an eyewitness account stood as formidable pieces of evidence to back up the policeâ€™s claim.

In what he called the darkest moments of his life, he appreciated his fans with an Instagram post and also released snapshots of the police reports that were used to clear him as clean in the death of Kashy.

See the police report below:- 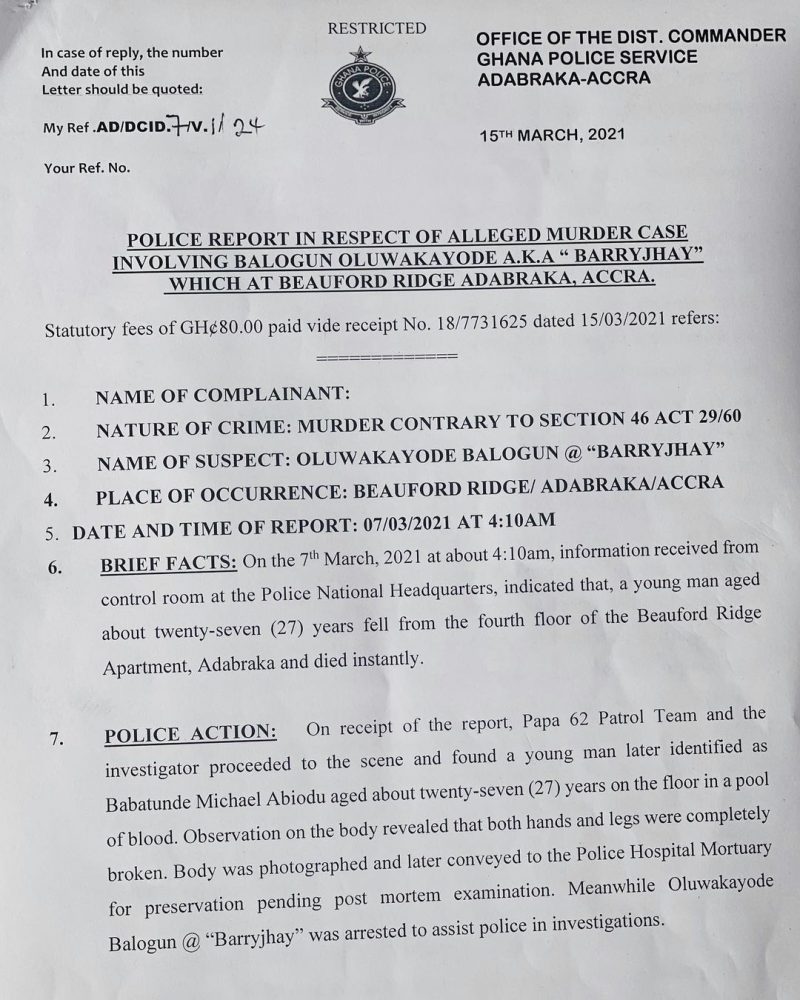 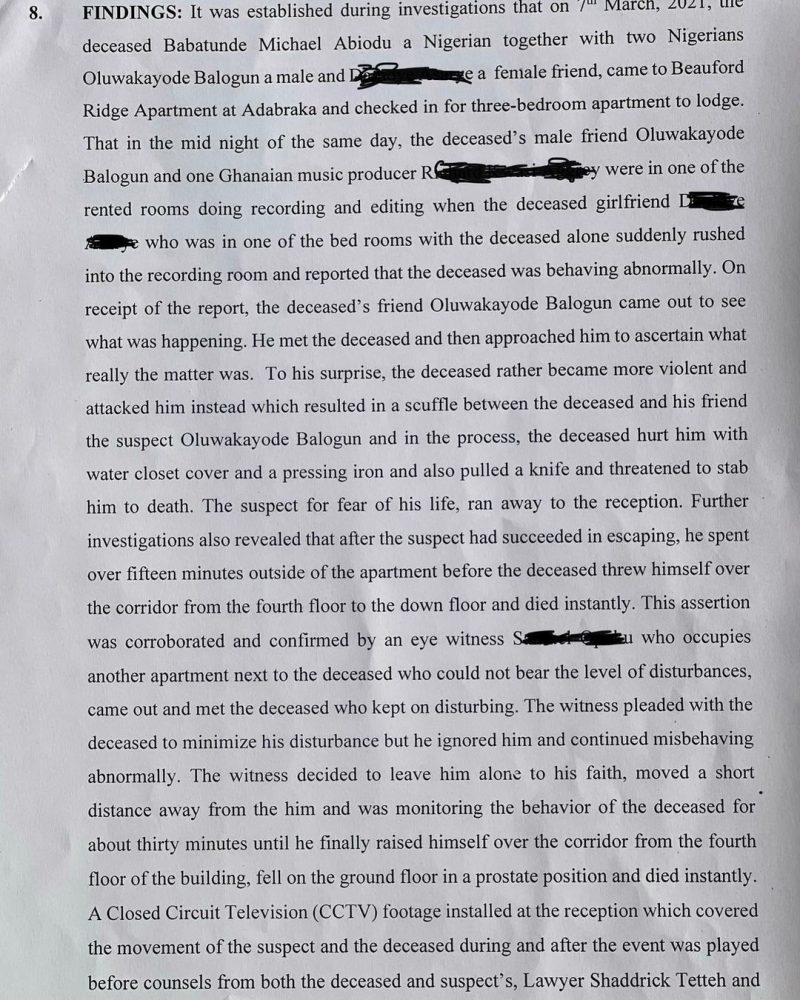 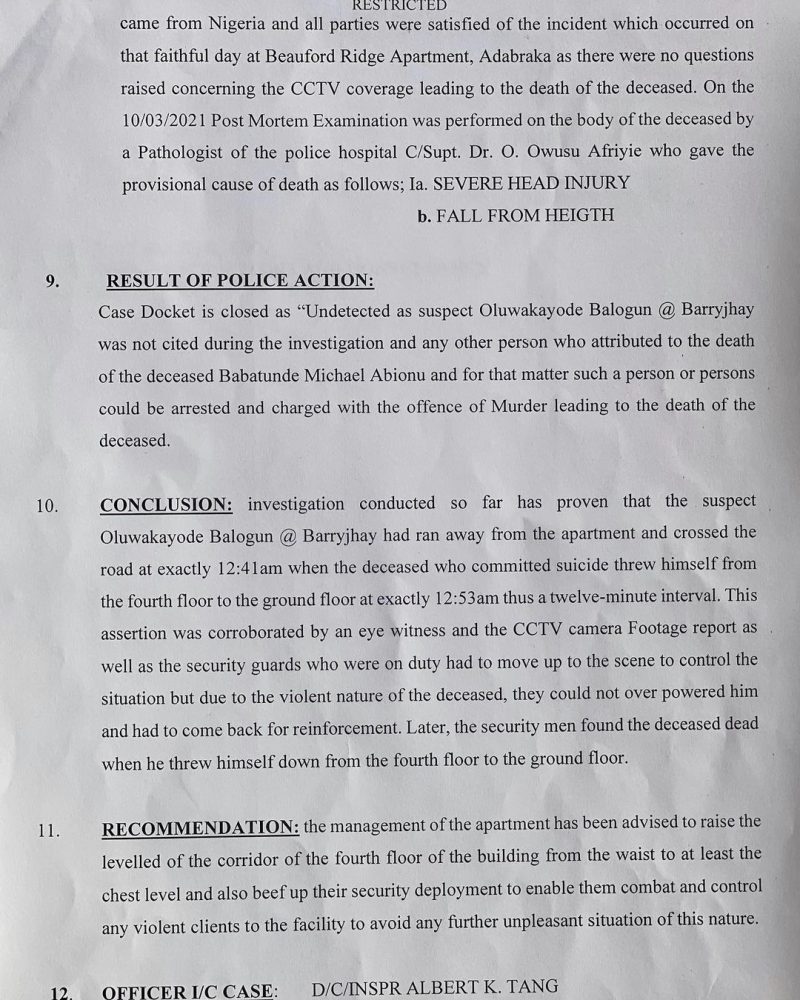 [Music] Portable Ft. Barry Jhay â€“ All Eyes On Me

Looking for something? Search below